Despite the progress accomplished by international bodies in defending and promoting women’s fundamental rights, many legal, political, social, administrative, economic and cultural policies are largely discriminatory and continue to affect women in their daily life.

Following ratification of the Istanbul Convention on 10 November 2017, Cyprus has been making headway with the implementation of the Convention’s measures. The government has submitted significant amendments to the family code and has prepared legal acts penalising violence against women, stalking and harassment. Despite this, Cyprus maintains reservations to some of the Convention’s articles, including the provision of financial compensation to victims, which constitutes a cause for concern for women’s rights groups. Read more here. 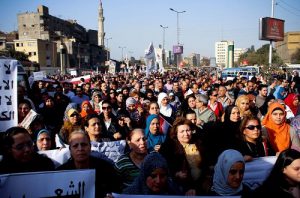 In 2017, Cairo was ranked as the world’s most dangerous city for women in a poll conducted by the Thomson Reuters Foundation, coming third in the category for sexual violence. Harmful cultural practices such as female genital mutilation and forced marriage are widespread and the outlook for women’s rights remains bleak. See the results of the poll and read our Situation Report on Violence against Women in Egypt. 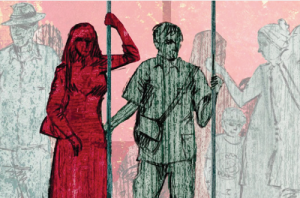 In France, according to figures from the Ministry of Interior, 185.000 women aged 18 to 75 years are victims of sexual violence (rape, attempted rape or sexual touching) every year. Rape represents 40% of these cases, or around 74.000 cases – more than 200 every day. On the other hand, only 10% percent of survivors file a complaint while only 1% of the estimated cases of rape lead to sentencing of perpetrators. This trend, apparent across Europe, is closely linked to public attitudes towards violence, including a large degree of victim-blaming as well as the patriarchal culture of the judiciary system. Read more about this worrying trend here, as well as in the shadow report to the GREVIO (page 49-51), produced by a coalition of French women’s rights organisations, on the progress of the implementation of the Istanbul Convention. 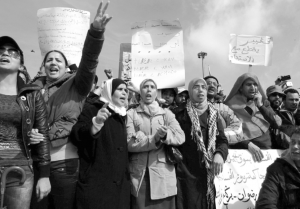 During a seminar on “Combating Violence against Women in a Moroccan and Euro-Mediterranean Perspective.”  organised on 23rd November in Morocco by ADFM, AMDH and ADALA in collaboration with EuroMed Rights, representatives from government sectors, parliamentarians, Moroccan and Euro-Mediterranean civil society organisations will discuss the problem of sexist violence from which women suffer as well as the efforts and challenges in reducing the prevalence of this violence. To conclude the seminar, participants will strive to create a common platform to strengthen join action with all those involved in combating this violence. 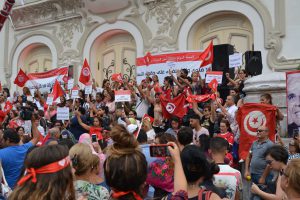 One and a half year after the adoption of a much-celebrated comprehensive law on violence against women, Tunisia faces challenges in implementing the law. Most notably, the law has not been accompanied by a specific budget for implementing its measures, it has not been widely disseminated to law enforcement and judicial bodies, nor to women from all walks of life across the country. Therefore, many women, particularly in rural areas, continue to suffer from violence and exploitation. Read the interview with the President of ATFD (Tunisian Association of Democratic Women) – French only.

Under the auspices of the Lebanese women’s rights organisation “KAFA – enough violence and exploitation”, a coalition of women’s rights organisations from across the Arab region, including EuroMed Rights member organisations, ADFM and WCLAC, drafted an “Arab Model Law” on violence against women. This Model Law presents a model for legislation on violence in an Arab context. Inspired by the Istanbul Convention, the Model Law is a strategic step in the process of lobbying for the ratification of the Convention. Watch this video prepared by KAFA, explaining the content of the law.

In the wake of increasing resistance to the Istanbul Convention, particularly in Central Europe, the European Coalition to end violence against women and girls, composed of more than 25 European networks, including EuroMed Rights, is highlighting the backlashes in gender equality and women’s rights occurring across Europe. Read more about these backlashes in the report commissioned by the European Parliament’s Policy Department for Citizens’ Rights and Constitutional Affairs at the request of the FEMM Committee.

Campaign on the Istanbul Convention

Check our campaign page on the Istanbul Convention.