In light of the current backlash against women’s rights in the Euro-Mediterranean region and beyond, EuroMed Rights is working to counter regression on progress made by actively opposing the forces driving the backlash. Discover more below on the situation of women’s fight in the following countries

On 8 March 2018, millions of women in cities across Spain took to the streets, occupied public spaces and carried out a 24-hour women’s strike to highlight sexual discrimination, domestic violence and the wage gap. This action was the preliminary highlight and result of a growing feminist movement in Spain since 2008, that has its roots in the economic crisis and legislative reforms attempting to take back gains obtained by the women’s movement, such as the right to abortion, that was attempted revoked in 2014. Learn more about this growing movement in Spain as well as the challenges it continues to face in this video with our Spanish member SUDS. 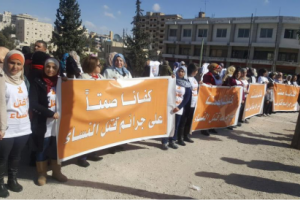 In Jordan, discussions are currently underway in the Parliament about amendments to the 2010 temporary Personal Status Law, that could enhance the rights of women in civil and family matters. Several amendments were made by the Lower house in December 2018, however ignoring many of the demands of the women’s movement. The most contested issues concern the legal age of marriage and the questions of equal inheritance. Read more about the current state of gender justice and the law in Jordan, including in the Personal Status Law (p. 17-20), in a newly published report by UNDP, UNWomen, UNFPA and ESCWA. 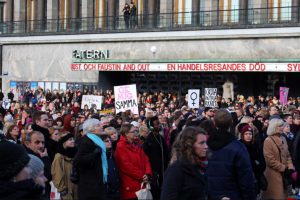 On 21 January, the Group of Experts on Action against Violence against Women and Domestic Violence (GREVIO) – the monitoring mechanism of the Istanbul Convention – issued it’s first report on the Swedish implementation of the Convention. In its report, the GREVIO praises Sweden’s leadership in placing gender equality high on the political agenda nationally and internationally, and in framing the eradication of violence against women and domestic violence as a gender equality issue. It also observes a number of issues where improvement is warranted, among them attention to women exposed to intersectional discrimination, for instance disabled women as well as Sami and Roma women in Sweden. Read the entire GREVIO report here. 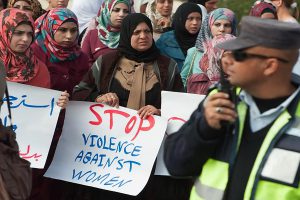 The Palestinian Authority is currently in the final stages of preparing a draft law on family violence named the Family Protection Bill. In this connection, EuroMed Rights’ Palestinian member Women’s Center for Legal Aid and Counselling (WCLAC) is highlighting the importance for this law to be primarily preventive and protective as this is widely neglected in current legislation that favors prosecution and punishment for acts already committed. Read more about WCLAC’swork to prevent and combat violence against women in Palestine here. 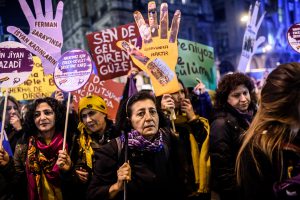 In Turkey, the first hearing in the case of 23-year old Sule Cet, who was allegedly raped and subsequently murdered from being pushed from the 20th floor of an office building in Ankara, took place on 6 February. Her case that caused the outrage of millions of people and made her a hashtag and symbol for women’s rights groups, is among the numerous high-profile femicides that have plagued Turkey over the past years. Despite Turkey having ratified the Istanbul Convention as one of the first member countries of the Council of Europe, violence against women remains a subject of little concern to the authorities. In January 2019 alone, 43 women were murdered in Turkey. Read more about the situation of violence against women in Turkey in the newly published GREVIO monitoring report on Turkey’s implementation of the Istanbul Convention. 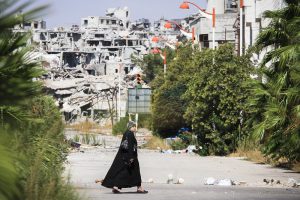 As the conflict in Syria is entering its 8th year, it is also increasingly disappearing from public attention, due to the fragile cease-fire and relative calm in some regions of the country. At the same time, the situation and legal status of Syrian refugees in Lebanon and other neighboring countries is becoming increasingly difficult with high levels of poverty and extreme poverty and lack of legal protection prevailing. While violence against women in the context of the conflict, including violence against Syrian refugee women in Lebanon has been widely documented, the impact of refugeehood on violence within the family has until recently remained an underreported issue. However, you can now read more on this topic in this newly published report  by EuroMed Rights partner Urnammu.