5th Anniversary of the entry into force of Istanbul Convention

Today marks the 5th anniversary of the entry into force of the Council of Europe Convention on preventing and combating violence against women and domestic violence, known as the Istanbul Convention. We asked our members what this convention meant for them. Here are their answers:

“As a Turkish woman and a feminist, Istanbul Convention’s wording strikes me even more than its content. The fact that it refers to historical inequality between men and women is a step forward in getting to the root of the problem which is patriarchy. 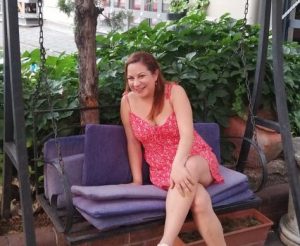 This is why I am sad to express that in so many ways Turkey has failed in implementing the convention due to rejecting the root cause of gender based violence.

We see this today in the conservative discourse in Turkey which protests for withdrawing from the Convention, we see it in the discourse which turns a blind eye to the inequality claiming this is not a feminist issue and we see it in the example of many politicians who refrain from even pronouncing the word “woman” and who would like to see woman only in the context of “wives” “mothers” “sisters” and “daughters”.

Tony Daly, Co-ordinator of 80:20 Educating and Acting for a Better World

“During a routine check-up as part of antenatal meetings with my partner, the last thing we expected our midwife to ask was whether we had booked tickets to catch the latest box office not-to-miss movie adaptation of Fifty Shades of Grey.

It was the week of Valentine’s Day in February 2014; that seasonal expression of love and affection on the annual calendar. And no, we had not booked tickets. After a hearty laugh about it, the race was on, our midwife explained…to the holiday roster. Any midwife worth their armchair forecasting knew what was coming – a VERY busy November.In an increasingly digital and digitally connected world, I couldn’t help but stop and wonder. What is this movie teaching – through emotional pain, humiliation and intimate partner violence – to today’s young women and men? Through popular culture, what is it suggesting or potentially normalising? 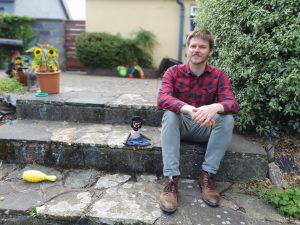 Four years on, and now joined by a young sister, my son sees and imitates everyone around him – most especially his cousins and grandparents. As social animals, children see, children do. And I wonder, what new role models will they grow to learn from and how many pop culture signals and norms will they be able to decode, unlearn and challenge for themselves?

As violence against girls and women is now broadcast regularly on Twitter, Facebook and in recent elections by candidates proving their ‘credentials’, it’s important to recognise the women who have encountered violence, in all its forms and through courage took personal risks to speak out, in spite of decades of distrustful state and social institutions that systematically failed generations of women. Last year over 19,000 contacts were made with Women’s Aid. At least 1 in 3 women worldwide, or up to one billion women, have been beaten, coerced into sex, or otherwise abused in their lifetimes.

That Ireland ratified the Istanbul Convention on International Women’s Day in March this year is a triumph in perseverance and hope, and it gives me hope that Ireland finally signalled its ‘credentials’ as a small country to unlearn and relearn its role as a guarantor to this and future generations to prevent, protect against and combat gender-based violence in all its forms – physical, psychological and sexual.
By ratifying the Istanbul Convention, Ireland now stands in solidarity with women everywhere in stating that violence against women is no longer a ‘grey’ matter. That fantasy, is over”.