Asylum- A Right Denied: NO to the EU’s lists of ‘safe countries’!

No country can be deemed « safe ». That is the spirit of the Convention relating to the Status of Refugees which provides for the individual examination of each asylum claim: each personal situation is unique and no country is free from malfunctioning or human rights violations.

To label a country as a “safe country of origin” suggests that there is no general risk of persecution and that the state of law is respected.

A “safe” country can also be categorised as a “safe third country” where asylum-seekers who have transited through the said country may be returned there, because their asylum procedures is in line with international and European refugee law standards.

This notion of safety as an examination tool can therefore have dire consequences on asylum-seekers’ rights. That is why we at EuroMed Rights, the AEDH and the FIDH are fiercely opposed to the use of the notion of « safety »!

Based on first-hand collected information, our organisations assert that Turkey is not a safe country, neither for citizens of Turkey, nor for migrants and refugees. This is even more the case with the resurgence of the armed conflict between the State and the Kurdistan Workers’ Party (PKK) in the Kurdish regions since July 2015 which has brought over 350 000 people to be internally displaced, in addition to the knock-out effect of the conflict in Syria on Turkish soil where over 2,5M refugees are displaced.

On 13 May 2016, the German Bundestag has given its approval to the listing of Maghreb [updated in September 2018] as “safe” countries of origin. This policy development was preceded, in early 2016, by the conclusion of agreement with Algeria, Morocco and Tunisia so as to facilitate the readmission of rejected asylum seekers originating from these countries. Out of the 28 Member States of the EU, only 13 have a national “safe countries of origin” list; only Bulgaria has listed Algeria as a safe country of origin and no other Member State has deemed Algeria, Morocco or Tunisia as such so far.

For more details as to what the ‘safe country’ of origin entails, read our analysis here 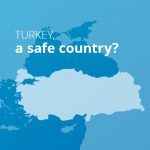 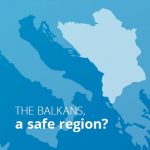 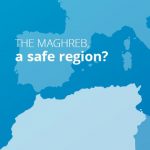 In Calais, the dull fear of being transferred to Rwanda