El Nadeem, the most prominent organisation providing support to victims of torture and violence in Cairo, has been sealed by local authorities, backed by the police. This closure follows an administrative order decreed one year ago, upon instruction of the Health Ministry.

El Nadeem’s staff was not present when the authorities arrived. No one could therefore formally oppose the closure, except the janitor who was arrested. Dr Aida Seif El-Dawla, the co-founder of El Nadeem, arrived as the police forces were still at the premises and as she inquired about the janitor’s arrest, the officers threatened to arrest her as well.

For the past year, the Egyptian authorities have repeatedly tried to shut down El Nadeem. The centre has been the main credible source of information on torture in Egypt over the last 20 years. With reports of an increasing number of victims of torture at the hands of the security forces, their work is more crucial than ever.

A year ago, the death of Italian PhD student Giulio Regeni in Cairo following clear signs of torture generated international outrage. It prompted the Italian authorities to ask the Egyptian government to shed light on the circumstances of this case. Egyptian authorities have still not delivered, but they are constantly and outrageously cracking down on human rights organisations, notably the ones working on torture and enforced disappearances, and notably El Nadeem. As reports of widespread torture are being shared by independent NGOs, unlawful killings and enforced disappearances are ongoing. Impunity continues to reign in Egypt. 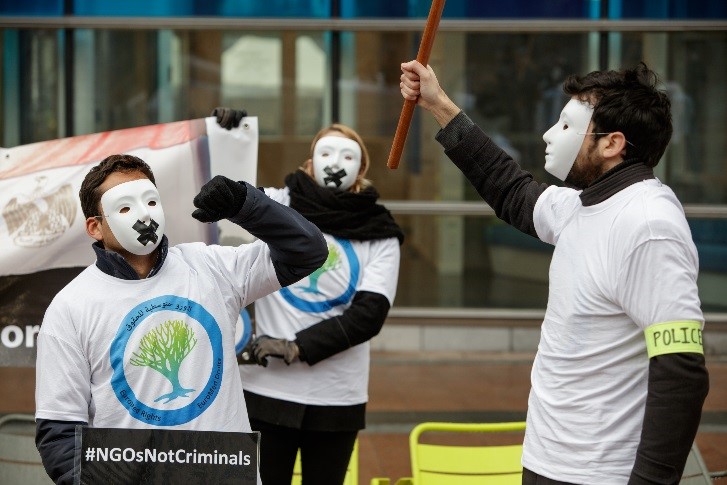 COP27: No climate justice without an open civic space!