Tunisia: No to terrorism, yes to Human Rights

Campaign, Justice and the Rule of Law, Tunisia

Tunisians, in shock and horror over the recent terrorist attacks, have demanded strong and determined measures to eliminate terrorism. They understandably identify terrorism as a threat to both the Tunisian people and the nation.

However, some provisions of the newly-adopted counterterrorism law raise the risk of serious human rights violations. Human Rights defenders have raised the alarm that the Tunisian authorities are treading a dangerous path in the name of striking back against terrorists.

Those warnings have led to accusations that those who advocate human rights are “soft on” terrorists. Amid the rhetoric that has pervaded Tunisian public discourse lately, a core message has emerged: Human rights cannot be allowed to hinder necessary counterterrorism efforts.

We, the undersigned Tunisian and international human rights groups, acknowledge the importance of this debate and address this letter to you, people of Tunisia, to address your legitimate concerns and clarify any misunderstandings.

First, we strongly affirm that terrorism is an awful crime that can never be excused or justified. It poses a major threat to human rights, beginning with the most fundamental of rights, the right to life. Combating terrorism is a crucial government responsibility. The government needs to take all possible steps to ensure that those responsible for terrorism are identified and promptly brought to justice, and, if fairly convicted, face appropriately serious punishment.

However, the government also has a duty to respect human rights. These obligations are NOT mutually exclusive. Nor should one be met at the expense of the other. This is why:

Terrorist attacks are intended to make people live in a constant and corrosive state of fearful unpredictability. Yet, similar conditions are created when a government’s police and security forces, protected by unjust laws, can abuse anyone with impunity. A government should not trample on people’s rights in its effort to fight terrorism. Such an approach effectively hands victory to the terrorists.

Social inequality and the absence of adequate political representation and economic opportunities for youth are among the root causes of terrorism. But another root cause is the denial of justice and accountability, which sometimes can drive people to take desperate measures, even to commit or justify acts of terrorism. Curtailing rights to counter terrorism, therefore, is not just legally and morally wrong; it is also strategically unwise and counterproductive. Widening injustice creates a breeding ground for terrorism. A state system that allows abuses to go unpunished only offers more excuses to disenfranchised youths to resort to violence. This tragic spiral of frustration and resentment should be broken, not nurtured.

Many people suppose that unjust counterterrorism laws are the price to pay to protect national security and ensure public safety. But that is a slippery slope. States that are unbound by laws consistent with human rights will always be tempted to use their powers arbitrarily. Unchecked counterterrorism efforts almost certainly results in dreadful abuse of honest, innocent citizens—either by mistake or intentionally, perhaps for political reasons. Capable, effective security forces are necessary to maintain stability and civil peace. But they should never be given a blank check. This is how police states are born, and Tunisians just got rid of one that lasted 23 years. Unjust laws lead inexorably to unjust regimes. Tunisia should beware falling into that pit again.

Respecting Human Rights does not mean being weak, or lenient toward terrorism suspects. It just means granting them the same fair trial conditions, including the presumption of innocence, to which we are all entitled. Guaranteeing fairness and delivering true justice is by no means a sign of state weakness —on the contrary. More important, judicial fairness doesn’t impede strong law enforcement against those who threaten lives and security. Protecting everyone’s rights means providing justice to everyone. This means guaranteeing the safety of the innocent, as much as punishing the guilty.

Torture is one practice that all states have agreed to ban absolutely, on the basis that it is never right, whatever its context or purposes. Nevertheless, some condone it, assuming that brutalizing suspects yields information that is useful to counterterrorism. Yet a wealth of evidence from around the world – from both people who were tortured and from those who tortured people – shows that brutalizing suspects rarely yields truthful and reliable information or aids counterterrorism efforts.

Abused prisoners are most likely to tell their captors whatever they want to hear to make the torture stop. Such forced confessions result in false leads. Even if scattered with pieces of truthful information, the false information leads to more abusive, unwarranted arrests and interrogations, in an endless spiral of injustice and inefficiency. Ultimately, security services end up wasting precious time and resources that would be far better utilized conducting lawful and productive counterterrorism efforts.

Torture has another devastating side effect. It alienates the very people most likely to possess information that could prevent terrorist acts: relatives, neighbors, acquaintances of those engaged in terrorism. An effective counterterrorism effort is one that gives people confidence to inform the authorities about suspicious activity. But if people fear that reporting their suspicions could lead to individuals being tortured, including perhaps themselves as possible accomplices, they will keep quiet. A rights-respecting approach is the best way to encourage informants with useful information to come forward.

Furthermore, when a state sanctions torture and other serious abuse, it reinforces the terrorists’ victimhood, ads also the sense that they are only striking back at an irredeemably unjust system. It is more likely to feed the terrorists’ sense of purpose, assist their propaganda, and boost their recruitment. 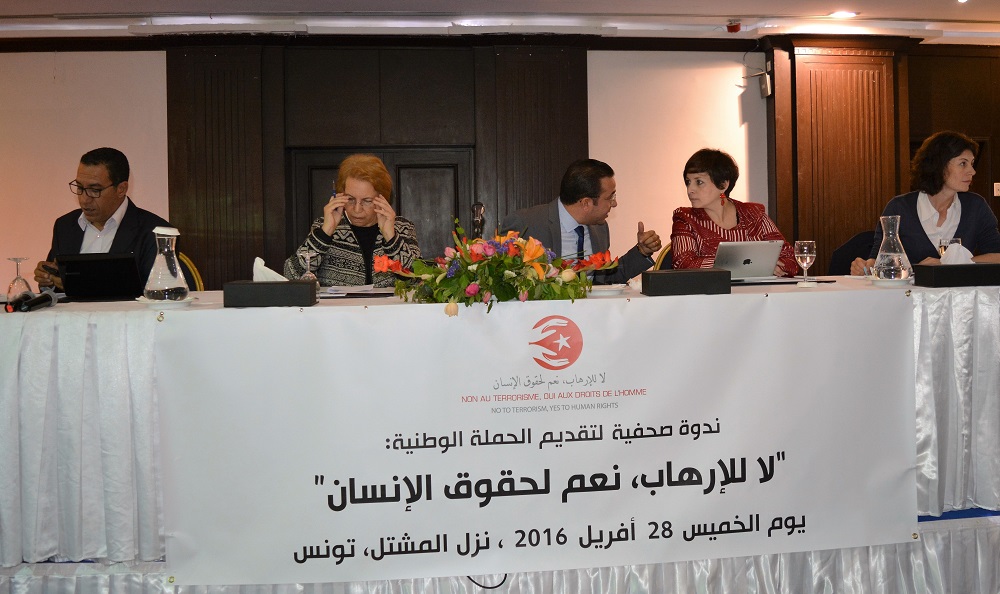 Violating rights to prevent further rights violations is neither a wise nor an efficient approach. Nor does it lead to any form of perennial stability. The best and most effective antidote to terrorism is democratic institutions and adherence to the rule of law. And this should of course be accompanied by measures that address economic and social problems and give the population – particularly youth – a sense of engagement and of hope for the future.

“Work, liberty, national dignity” – these were your demands, Tunisian people, when you valiantly took to the streets five years ago to bring down decades of dictatorship, corruption and injustice. Today, terrorism truly menaces your young democracy. It is imperative to confront, combat, and overcome terrorism. But how the fight is conducted does matter. The means do not justify the ends. On the contrary, bad means ultimately taint even the most legitimate of ends. No one should allow human rights abuses to spoil the ideals of the Tunisian revolution.

Committee for respect of Freedoms and Human Rights in Tunisia

Amal Association for the Environment in the Mining Basin

Association of Tunisian Women for research on development

Tunisian Association for the Defense of the Right to Health

National Observatory on Independence of Justice