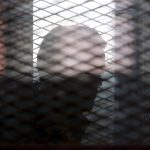 Following the 2016 coup attempt, Turkish journalists have been heavily targeted by the authorities’ crackdown. Despite requests from international community partners to ensure media freedom is respected, the Turkish authorities have largely failed to address key concerns as evidenced in a recent report.

Ahead of World Press Freedom Day on 3 May, EuroMed Rights spoke to Kerem Altıparmak, Deputy Chair of the Human Rights Association-İnsan Hakları Derneği in Turkey to understand the extent of this repression.

EuroMed Rights: Can you describe the threats journalists in Turkey face when doing their job today?

Kerem Altıparmak: Even though it is difficult to classify different types of threats or pressures on journalism in Turkey, in general we can identify two main differences: legal and non-legal threats.

However, there are lesser known legal tools used against media in Turkey. Journalists that report corruption face civil cases brought by companies close to the government. They claim that news affects their reputation and cost them millions of Turkish liras. Although not all cases are decided against journalists, they still create a serious chilling effect.

Internet blocking is another tool invoked against alternative journalism. Hundreds of thousands of websites are blocked in Turkey along with numerous news links. The President, ministers and other public officials easily obtain blocking orders from criminal peace judges on the ground that their reputation has been affected by journalism. Journalists are targeted by blocking orders for reporting any type of corruption allegations but also for reporting facts. For instance, the Finance minister bought lands next to the government’s mega Channel Istanbul project to link the Black and Marmara Seas. His lawyers made a statement accepting the fact. However, all media sources covering this have been blocked by criminal peace judge decisions. Alternative media sources covering military and anti-terror operations are also blocked according to another provision of the Internet law.

Has COVID-19 impacted this situation and how?

The Minister of Interior issues a weekly report on the number of social media users who have been investigated by public authorities. Hundreds of social media users have been reportedly investigated for spreading false news about the Covid-19 outbreak. Recently, two physicians in Şanlıurfa province have been interrogated for their social media posts. Turkey’s statistics concerning the outbreak significantly differ from Western countries. However, it is quite difficult for independent journalists to investigate the accuracy of these data under this atmosphere.

How will the Amnesty Law further impact freedom of the press in Turkey?

As known terror charges have been excluded from the scope of the Amnesty Law, most journalists currently in prison under this accusation could not benefit from this new regulation.

This sends a message to all journalists that everything can be forgiven but journalism against the government. It also signals that unequal treatment of journalists can be a new tier of punishment. Indeed, amongst two persons that received the same punishment, a person sentenced for burglary can be released but not a journalist convicted for “aiding a terrorist organisation” by writing articles. It is akin to saying that journalists will serve their prison sentence without any reduction.

Finally, some of the journalists imprisoned are among the vulnerable groups due to their age and health conditions during the outbreak. By keeping them incarcerated, the government puts their lives at risk and punishes them.

European and like-minded states in Egypt: interests at the expense of human rights

EU-Tunisia relations: where is civil society?