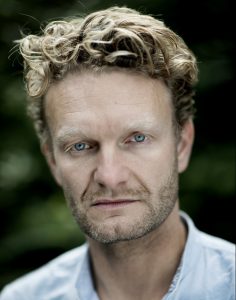 EuroMed Rights has appointed Rasmus Alenius Boserup as its new Executive Director. He will assume the position on 1 June, 2019, succeeding Marc Schade-Poulsen, who will take up a position as consultant and research fellow at the University of Roskilde.

A Danish national, Rasmus Alenius Boserup has a background in social science research and organisation management. Until 2019, he worked as Senior Researcher at the Danish Institute for International Studies focusing on power and politics in the Middle East and North Africa. Prior to this, he served as Executive Director of the Danish-Egyptian Dialogue Institute in Cairo from 2008 to 2011. An expert and opinion writer in Danish and international media, Boserup holds a doctoral degree in culture and civilisation from École des Hautes Études en Sciences Sociales in Paris and a PhD degree in Arabic Studies from the University of Copenhagen.

Commenting on the subject, Boserup said:

“I look forward to take up the position with EuroMed Rights. I have followed the network since its creation in 1997 and have collaborated with several of its outstanding member organisations in the South and in the North.”

“Today we face numerous worrying trends in the Euro-Mediterranean region. The crumbling of the liberal order and rise of international authoritarianism add fuel to populism and illiberalism in Europe. And it further emboldens repressive and autocratic leaders in the Middle East and North African. Under these urgent conditions, I look forward to engage fully in promoting and defending human rights and democracy as a part of a prestigious organisation like EuroMed Rights.”

“We are pleased to have Rasmus on board and look forward to leveraging his expertise in steering EuroMed Rights forward. Our network has grown to occupy a strategically important position while Marc Schade-Poulsen held the position of Executive Director and we are eager to capitalise on this with Rasmus Alenius Boserup”.

Ahead of COP27, Open Civic Space and Release Everyone Arbitrarily Detained in Egypt