What space for civil society in the implementation of the ENP-South? 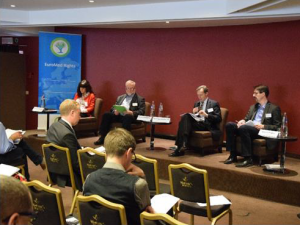 Following the geopolitical developments that since 2011 have taken place on both sides of the Mediterranean, the European Union (EU) has redesigned its partnership with the Southern Neighbourhood, and in 2015 it issued a public statement on the new European Neighbourhood Policy (ENP).

On 22 April, EuroMed Rights organised a seminar to engage in an open dialogue among representatives of the EU, South Mediterranean activists and Brussels-based civil society organizations (CSOs). This seminar was an important milestone in raising awareness of activists and NGOs on the new ENP.

Since the launch of the consultation process in March 2015, EuroMed Rights has closely followed the review of the ENP, and its contributions have stressed the need for the EU to consider CSOs as real partners and to adopt a human rights-centered perspective, in order to give new momentum to its relations with the countries of the southern Mediterranean.

Racism, a pandemic in the Euro-Mediterranean too

Pandemic does not deter violence at borders