The realisation of economic, social, and cultural rights has not improved in the Southern and Eastern Mediterranean over the past three years. The region remains one of the most unequal in the world with the top 10% of earners sharing roughly 60% of the national income. Women, youth, the elderly, vulnerable groups, and minorities are particularly exposed to these inequalities. In the MENA region, a combination of misguided policies, negative cultural stereotypes and internationally encouraged structural adjustment programmes continue to preserve existing inequalities and compromise labor rights.

The EU has a responsibility for this state of affairs, notably by failing to properly involve civil society in trade negotiations and investment agreements. EuroMed Rights’ political goal is that the implementation of economic, social and cultural rights is enhanced in the Euro-Mediterranean region. Read more on this political goal. 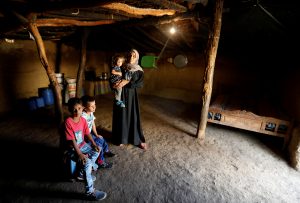 Despite the pandemic, the ESR Working Group quickly paced up by coordinating a written response to the EU’s consultation of the EuroMed Association Agreements that will lay the foundation for future trade agreements between the EU and MENA countries.

Several of these webinars and trainings were attended by leading economic and social rights experts as well as EU and member state officials, attesting the importance of this programme within the work done by EuroMed Rights.

International Day for the Eradication of Poverty