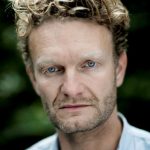 Rasmus joined EuroMed Rights as its Executive Director in June 2019. He previously worked seven years as Senior Researcher in contemporary Arab politics at the Danish Institute for International Studies and three years as Executive Director of the Danish-Egyptian Dialogue Institute in Cairo. He holds a PhD degree in Arabic studies from the University of Copenhagen and a doctoral degree in history and civilisation from EHESS, Paris. 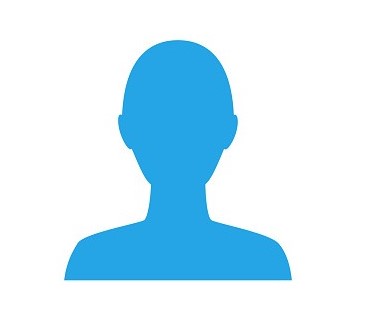 Marit joined EuroMed Rights in August 2003 and has worked as programmes director since May 2006. She studied Arabic and Middle Eastern Studies at the University of Copenhagen, and did a Master in International Relations and Strategic Studies at Lancaster University, UK. She lived and worked in Syria, the West Bank and Yemen. 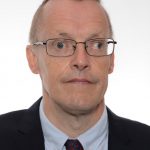 Troels joined as Fundraising Coordinator in November 2020. Previously, he worked for 10 years for the Danish Ministry of Foreign Affairs followed by about 15 years in major Danish NGOs notably DanChurchAid, Oxfam IBIS and Danish Refugee Council. Most recently, he worked as a Head of External Relations for the Global Green Growth Institute (GGGI), a Seoul based international organisation. He holds a Master’s in Public Administration from Roskilde University. He is fluent in Danish, English, French, German and Arabic. 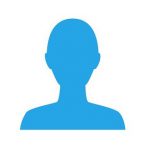 Elena joined EuroMed Rights in September 2019 as Programme Assistant on Migration and Asylum. Previously, she worked for the Italian Refugee Council and the Academic Cooperation Association in Brussels. She has interned for the Permanent Mission of Italy to the United Nations in Vienna and for the BRICS Policy Centre in Rio de Janeiro. She holds a Master’s degree in International Relations from the University of Trento and a B.A. in modern languages and translation from the University of Bologna.

Yousra joined EuroMed Rights as the project officer for the “Support to Moroccan Civil Society and Monitoring of Morocco-EU Relations” program in July 2019. She is currently finishing a PhD on Masculinities in the MENA region and holds a Master degree in Cultural Studies with a focus on Gender and a Bachelor in Linguistics. She is Fluent in Arabic, French, and English. 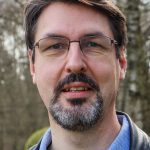 Vincent Forest joined EuroMed Rights in September 2014 as Advocacy Director. Previously, he was the Head of the EU Office of Front Line Defenders for eight years, and Information Officer with the European Anti-Poverty Network and the Belgian francophone section of Amnesty International. He holds a Master’s degree in Journalism and Communication, and a Teaching Diploma for Secondary and High School.. 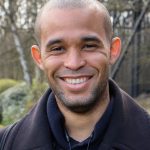 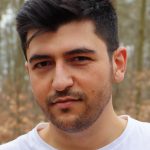 Álvaro joined EuroMed Rights in September 2017, first as an intern and from 2018, as Mashreq Programme Assistant and Mashreq Programme Coordinator. In 2021, he became Advocacy Coordinator. Prior to this, Alvaro worked in Morocco conducting research on the EU’s human rights foreign policy in the MENA region. He holds a Master in Middle East Studies from the University of Southern Denmark and a Bachelor in Political Sciences from University Pompeu Fabra. He is fluent in Spanish, Catalan, English and French, and has a good command of Arabic. 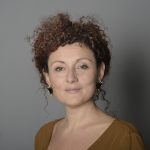 Sara joined EuroMed Rights in March 2020 as migration and asylum program officer. Since 2004, her research focuses on migration in Euro-Mediterranean space and in the Sahel. She has contributed to several reports on the violation of Human Rights at the borders and published with “Je me suis refugié là! Bords de route en exil” (with Michel Agier, Ed. Donner Lieu 2011) and took part to the collective book “A world of camps” (Ed. La Découverte, 2014) as well as to the “Atlas of Migration in Europe” (Ed: Armand Colin). She is fluent in Italian, Spanish, French and English. 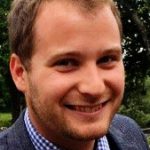 Amélie joined EuroMed Rights as Communication Assistant in September 2020. Previously, she interned with the Greens/EFA in the European Parliament, at the audiovisual communication office. She also worked for the media Cafébabel and volunteered at a film and podcast workshop in Czech Republic. She hold a Master’s degree in European Studies and a Journalism diploma. She is fluent in English and French and has a good knowledge of Spanish. 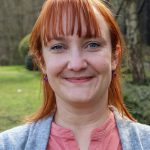 Ekaterina joined EuroMed Rights in June 2018 as Financial Assistant to become Accounting Officer in February 2020. Previously she worked in a few multinational companies, but decided to jump into the unknown – NGO world – to be the active part of the reconciliation not only of numbers, but people too. Ekaterina holds a Bachelor of Finance. She is fluent in Russian, English and Dutch, good knowledge of French.