Entering into force on 1st August 2014* following its 10th ratification, this convention represents the most advanced international legal instrument to set out binding obligations to prevent and combat violence against women, addressing all forms of violence against women, including domestic violence. It also offers practical insights on how citizens and NGOs can bring about real change.

In 2020, Tunisia was invited to adhere to the Istanbul Convention.

“The ratification of the Convention by Tunisia would speed up the implementation of the 2017 law on the elimination of violence towards women, which is currently only partially applied”, claimed Monia Ben Jemia, President of the Tunisian Association of Democratic Women and member of EuroMed Rights’ Executive Committee.

EuroMed Rights and its members have been actively campaigning during these years to make the Istanbul convention known, building recognition of this mechanism and advocating for the accession and ratification of the Euro-Mediterranean countries, but as well monitoring the consequences of the withdrawal of the convention. Indeed, the Turkish government withdrew from the Istanbul Convention on the 1st July 2021, which led to consequences for women and the LGBTIQ+ Turkish community, as explained in our latest podcast.

“After the country’s withdrawal from Istanbul Convention, killings and threats against women, trans individual and gay people have increased a lot”, observed Cüneyt, member of Human Rights Association – IHD Türkiye.

In this 8th anniversary, we asked our members what this convention meant for them. Here are their answers: 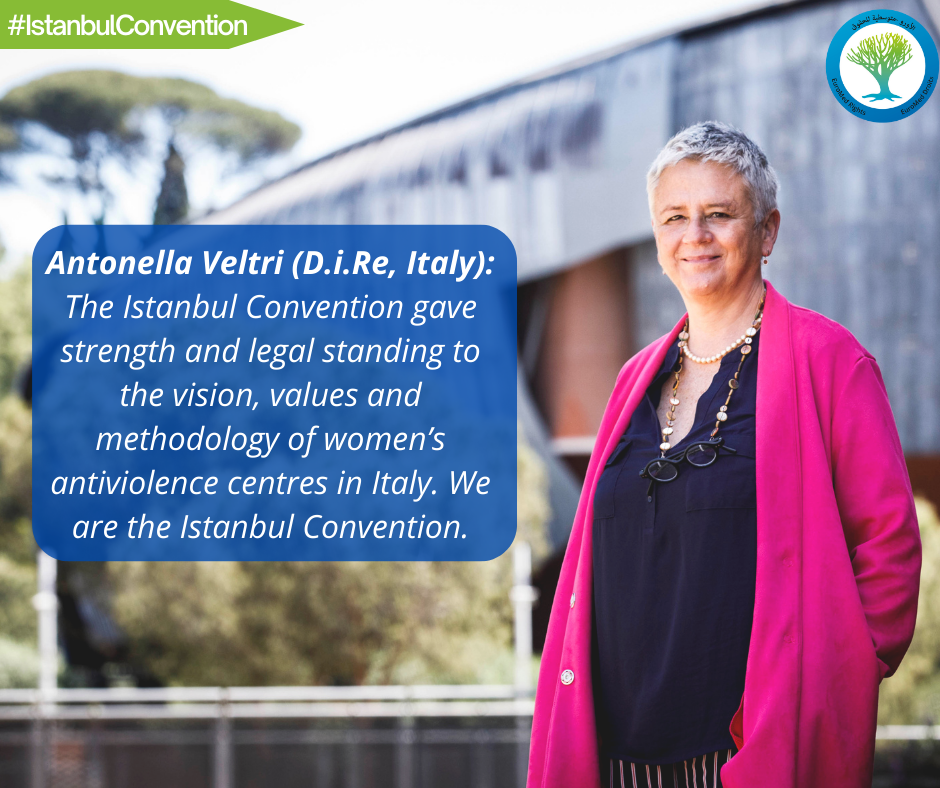 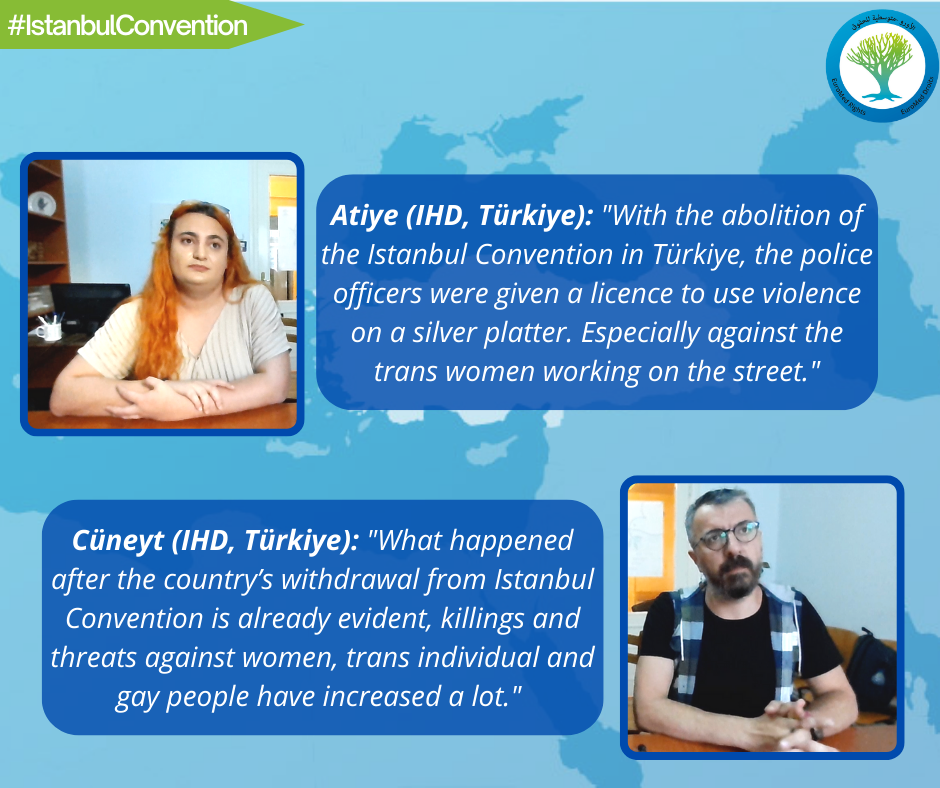 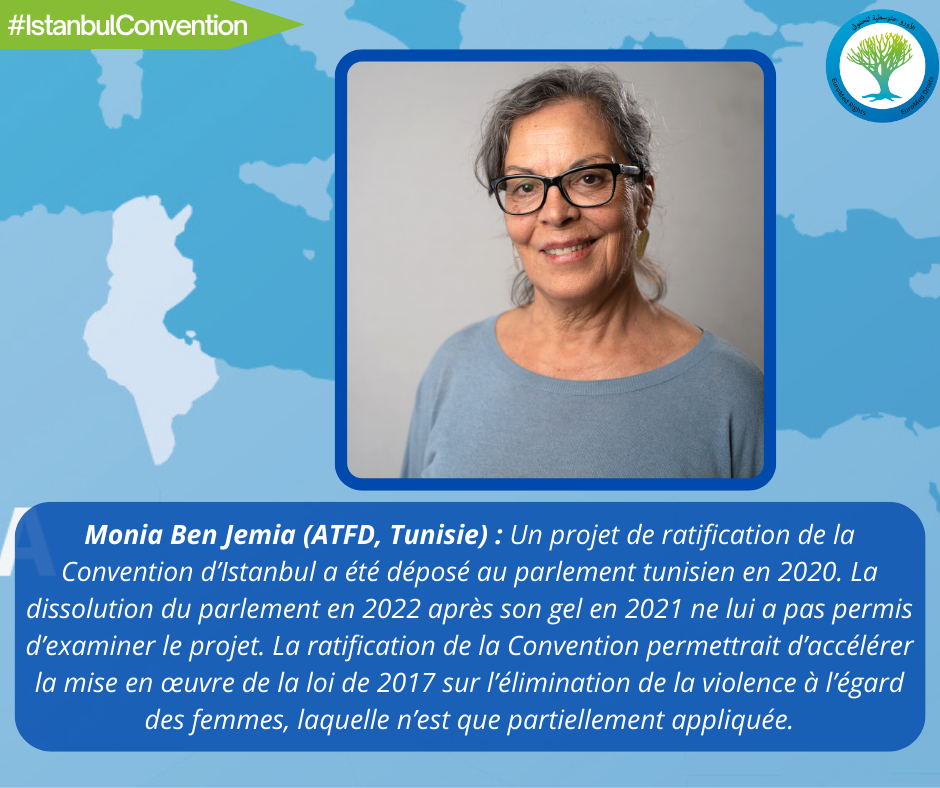 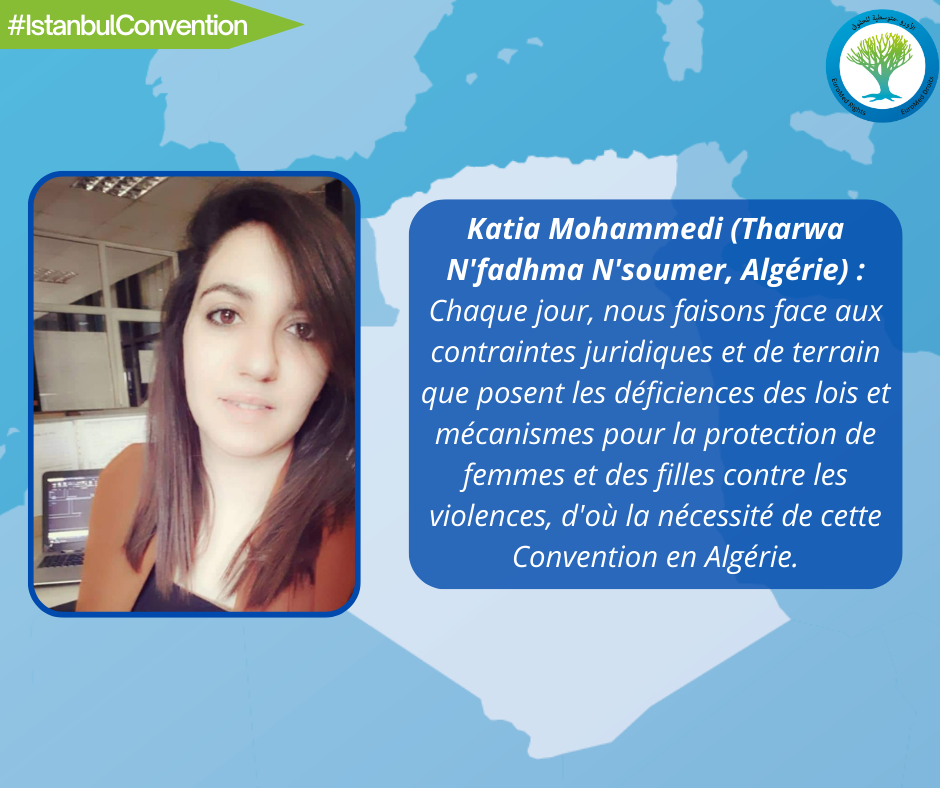 *The Istanbul Convention was opened for signature on 11th May 2011. Three years later, on 1st August 2014, the convention entered into force following its 10th ratification by member states. So far, thirty-seven member states of the Council of Europe have ratified it.

“What a journey it has been since the network was founded in 1997!”