Refugees stranded between Morocco and Algeria

Refugees from Syria, including about twenty children, have been left for over a week in the desert without any resources near the city of Figuig (Morocco). EuroMed Rights and its member organisations stress the urgency of the situation as well as the need for humanitarian support, unconditional access to reception means for these people and respect of their rights.

On 18 April 2017, over 60 people have crossed the Algeria-Morocco border in view of reaching the Moroccan territory. Eleven of them were deported back the same day: EuroMed Rights notes that these refugees have not been able or willing to claim asylum in Algeria, and that they have been deported from Morocco in breach of the non-refoulement principle and in violation of the procedural safeguards enshrined in Moroccan law. They have been left without any resources in Algeria since then, in violation of the Geneva Convention relating to the status of refugees.

Since then, about fifty people have been left alone, stranded at the border in a desert area near the city of Figuig (Morocco), with no other support than the help provided by non-governmental organisations and local residents (water, food, blankets). Among them were two pregnant women, one of whom has delivered birth on Sunday 23 April, with absolutely no support whatsoever. 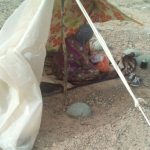 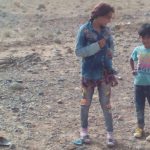 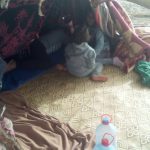 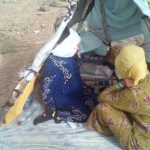 Yet again, the closure of the border and its militarisation has led to the violation of human rights including refugees’ right to be protected and the right not to be sanctioned for crossing borders at unofficial border crossing points, a situation which EuroMed Rights has stressed for many years.[1]

According to our sources, some of these people can avail themselves of the right to family reunification in Morocco. Moreover, EuroMed Rights emphasises that all of them fall under the scope of right of asylum and can therefore see their situation examined, in the framework of the new migration policy being established by the Moroccan authorities.

Over a week since non-governmental organisations alerted on the situation, survival conditions imposed to these refugees by the Moroccan and the Algerian authorities are inhumane and unjustifiable. EuroMed Rights recalls that all States must abide by international law and therefore respect the unconditional right to life and to human dignity, protect against inhumane and degrading treatments as well as respect for the best interest of the child. Each of these rights is being violated.

EuroMed Rights and its member organisations call on the Moroccan and Algerian authorities to urgently provide protection to refugees in full respect of international law, and urge the Moroccan authorities to allow access to the required health care services, durable reception means to all people held at the border, and to provide for the examination of their individual situation based on asylum law as soon as possible.

[1] Publication by EuroMed Rights: Maghnia, crossing the uncrossable border (2013) and Far from Prying Eyes : A Trap from Migrants and Refugees (2015)

Greece and Cyprus: from cradles of democracy to criminalisation of solidarity

With the forgotten migrants of the Canary islands