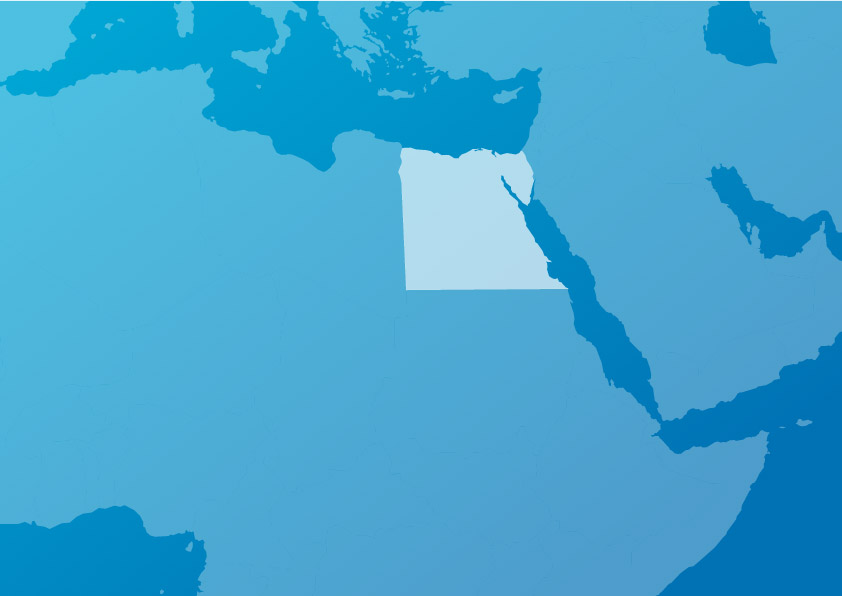 With Egypt being a key country in the Euro-Mediterranean region, EuroMed Rights has closely followed the human rights situation in the country since its establishment in 1997.

Since the 2011 revolution, the human rights situation in Egypt has steadily deteriorated, with an increasingly restricted space for civil society organisations, surges in enforced disappearances, prison mistreatment, torture and a growing number of extrajudicial killings amongst others.

Efforts on Egypt are specifically focused on freedom of association and assembly, justice and migration and violence against women.

EuroMed Rights carries out regular advocacy activities with the UN, the EU and their member states, raising specific cases of human rights violations and pushing for the inclusion of these issues in all diplomatic dialogue with Egypt.

In January 2016, EuroMed Rights, along with other organisations, launched the Human Rights Behind Bars in Egypt Campaign calling for an immediate release of all human rights activists. The campaign continues to support Egyptian human rights defenders and activists with regular updates on individual cases and the monitoring of attacks on civil society. This initiative contributes to an increased international recognition for Egyptian human rights defenders.

In 2018, EuroMed Rights will focus specific attention on the intensifying repression against civil society in the context of the Egyptian presidential elections scheduled for 26-28 March 2018, as well as their aftermath.

Egypt: human rights defenders and MEP urge the EU to use megaphone diplomacy