EuroMed Rights’ most recent publications on Algeria and the list of members related to this programme are available on the right hand-side of this page. 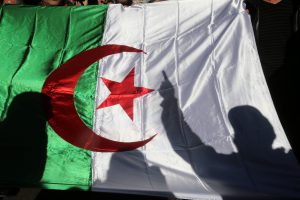 In 2020, EuroMed Rights continued to work on enhancing coordination and cooperation between Algerian member and partner organisations, leading to joint solidarity actions to promote and protect human rights in the country, including women’s rights.

Between June and December 2020, EuroMed Rights took the lead in organising a research process and a series of well-attended webinars on the reform process in Algeria, in close coordination with its members, its partners in a human rights consortium, and external academic researchers. These webinars gave a solid insight about the state of affairs in a country where civil society has been facing systematic exclusion and isolation for decades and helped all stakeholders in designing their respective interventions in Algeria.

Another key result was the adoption by the European Parliament (EP) in November 2020 of an urgency resolution highlighting “the deteriorating human rights situation in Algeria – in particular the case of journalist Khaled Drareni.” The resolution tabled by six out of the seven EP political groups – reflecting a broad agreement across the political spectrum – called for supporting civil society groups, human rights defenders, journalists and protesters, and for ensuring respect for human rights and the rule of law in Algeria. EuroMed Rights was part of a coalition of seven NGOs that advocated five different political groups in the European Parliament to table and adopt the resolution.

In May 2020, on the occasion of World Press Freedom Day, several international media outlets from Europe and the Middle East (including Le Monde, AFP, TV5 Monde, France 24, The Daily Mail, Al-Araby, Alquds Al-araby, Swissinfo, among others) covered EuroMed Rights press release urging the Algerian authorities to release journalists and end the blocking of news sites in the country.

What prospects for democracy and human rights in Algeria?

Attacks on freedoms, calls for boycott: Algerian elections in turmoil

What legal instruments to counter violence against women in Algeria?